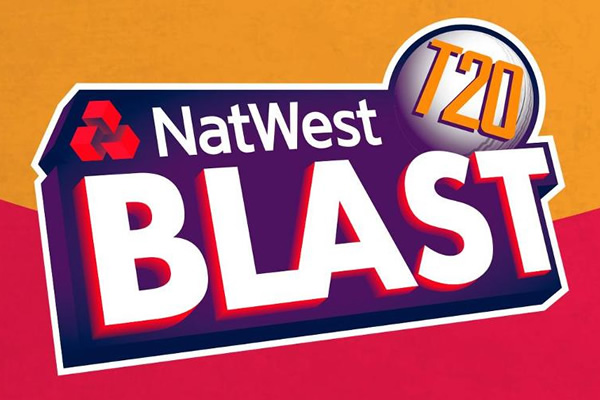 Notts Outlaws sealed a spot in the quarter-finals of the NatWest T20 Blast as they overcame Worcestershire Rapids by 11 runs in a low-scoring North Group encounter at New Road on Sunday.

Alex Hepburn returned the best ever bowling figures by a Worcestershire player in T20 cricket - 5-24 - as the Outlaws were bowled out for 145 in 19.3 overs.

But the visitors struck back with a vengeance with the ball and skipper Dan Christian led from the front with 3-18 as the Rapids were restricted to 134-8.

Harry Gurney bowled a superb final over in which he conceded just three runs to cap a disciplined performance by the entire Outlaws attack.

Victory boosted the Outlaws hopes of also securing a home quarter-final while the second from bottom Rapids were left to contemplate yet another setback.

The Outlaws were put into bat and Josh Tongue picked up the prized wicket of Alex Hales (9) who flashed outside the off stump and nicked through to keeper Ben Cox.

Riki Wessels (32) looked in good form before being trapped lbw by George Scrimshaw at 49-2 - and from that point the innings went into rapid decline.

Tom Moores (15) was caught and bowled by Tongue off a skier and Brendon Taylor (9) holed out to Joe Clarke at long off.

Hepburn made an instant impact with two wickets in three balls as Samit Patel (13) flicked him to Joe Leach at square leg and  Steven Mullaney (0) was caught at cover by D'Oliveira.

Outlaws skipper Dan Christian (22) and Billy Root (37) tried to repair the damage during a stand of 50 in seven overs.

But the last four wickets fell in quick succession as the Outlaws were dismissed for 141 in 19.3 overs.

Hepburn returned to account for Christian (22) who was taken at long off by Santner and Cox pulled off a fine catch as Root (37) flicked at a Leach delivery.

D'Oliveira then ran in from the deep square leg boundary to collect a mistimed pull from Ish Sodhi (3) off Hepburn who completed his five-for as Jake Ball (4) was safely pouched by Clarke at long off.

It was the same scenario when the Rapids launched their reply as wickets tumbled.

Leach (5) promoted himself to open and perished in the first over from Patel as yet another player tried unsuccessfully to clear long off.

Santner (6) top edged Harry Gurney to backward point and Joe Clarke (9) went for a pull and the ball ended up in the hands of extra cover.

Daryl Mitchell and Cox tried to effect a repair job for the Rapids and added 38 in careful fashion in six overs.

But the game was back in the balance after Cox (17) drove at Christian and was caught behind and then Mitchell (32) went for a big hit off the same bowler and miscued to mid off.

Christian then pulled off a stunning catch at mid off to dismiss Ed Barnard (15) as he attempted to hit Ball over the top.

Ross Whiteley was the Rapids last hope but after making 28 he was bowled in the final over by Gurney.

Outlaws head coach Peter Moores said: "I think that's what makes it such a special win for us because before you get to the knockout stages, you want to have won in every single sort of way so you know you've got the flexibility.
"So we've won with our batters banging it up upfront, we've won the other night with the middle order taking us through if we lose early wickets, and this afternoon we've won by defending a score with the bowlers putting in an unbelievable performance."
After seeing his side slide from 57-1 to 80-6, Moores said: "it hasn't happened very often. As you go through a tournament, you know there is potentially a game when it doesn't work.
"We ask the lads to take risks and keep it positive all the way through and sometimes with that, it doesn't work. Real credit to Billy Root, a young player coming in who has not had many opportunities to bat, and he made a real mature 37 which got us to a competitve score.
"All the way through, we were targeting 160 so we knew we were light, needed early wickets, and that's exactly what we've got."
on Dan Christian's fine all-round performance, Moores said: "All-round, it was classic Dan.He helped us get up to a score, took really crucial wickets in an out of the powerplay and then the catch to get rid of Ed Barnard, got us through to their bowlers, which was always going to make a difference."Click HERE for more local sport.