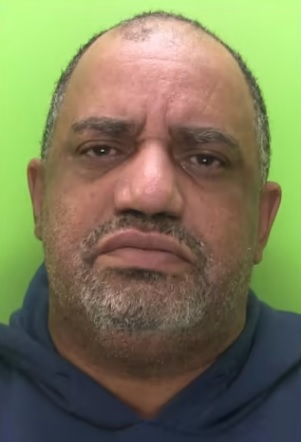 A married couple who sexually abused a teenage girl have been jailed.

Zara and Victor Marke, both well-known figures in the martial arts community, abused the girl on multiple occasions over a number of years.

in 2016 to explain how Victor Marke had sexually abused her in the past.

His wife, who previously worked as an actress and stuntwoman, was also implicated when the second victim came forward during the course of the initial investigation.

Both victims, who are now adults, became the focus of an extensive investigation by specialist child abuse detectives at Nottinghamshire Police who worked to build a compelling case against the Markes.

The pair denied all allegations against them but were convicted of a string of sexual offences on Wedensady (11 May) by a jury at Nottingham Crown Court.

Victor Marke, aged 59, of Mavis Avenue, Ravenshead, was found guilty of 14 counts of sexual activity with a child in relation to one victim, and four counts of indecent assault against the other.

Zara Marke, aged 37, of Taurus Close, Mansfield, was found guilty of 14 counts of sexual activity with a child.

Appearing at the same venue today (Monday) both were jailed.

Victor Marke was jailed for 14 years.

“Although these sentences can't undo the very considerable harm done to the young women at the centre of this case, I do hope that they offer at least some degree of comfort.

“The Markes worked together to exploit and abuse a girl for their own sexual gratification. In doing so they committed some of the most serious offences that can be committed against children and have rightfully been handed very considerable jail sentences.

“I hope this case serves as a timely reminder to all victims of sexual abuse. If you come forward and tell us what happened to you, we will investigate and we will get to the truth.”

SHERYL CROW
IF IT MAKES YOU HAPPY
9 minutes ago
Buy

JAMES BAY
HOLD BACK THE RIVER
13 minutes ago
Buy

GABRIELLE
OUT OF REACH
16 minutes ago
Buy