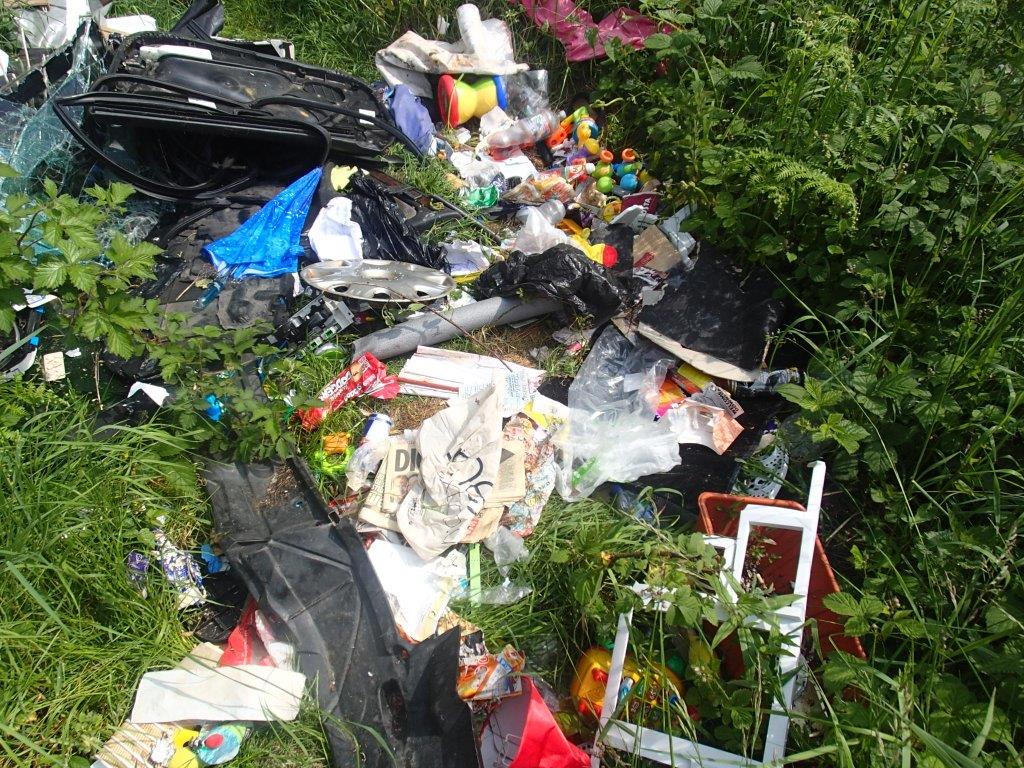 A fly-tipper who dumped a vast amount of waste at two locations in the Ashfield district has been sentenced to 200 hours of unpaid work following a recent court hearing.

In January 2017, officers investigated another fly tip on Kirkby Lane, Kirkby-in-Ashfield. The fly tip consisted of approximately 30 bags of waste including a car bumper and clothing. Following a thorough investigation, officers found a letter within the waste addressed to Christopher Edwards.

When interviewed by officers, Mr Edwards admitted that he was responsible for fly tipping the waste on both occasions. In relation to the waste found on Kirkby Lane, he stated that he had not taken the waste to the tip but instead fly tipped it in the dark, explaining that he knew that the waste contained asbestos and that the tip would not take it.

When sentencing Edwards, the court took into account two additional offences of fly tipping on 25 September 2016 and 4 November 2016 when he had been caught on CCTV cameras dumping waste from his vehicle in a layby on the B6025 in Shirland, Derbyshire which is located in the district of North East Derbyshire District Council. Officers from both Councils worked together to ensure that the full extent of Mr Edwards illegal activities were brought to justice.

Magistrates’ said that the tipping of waste is not thought very highly of in the justice community and by members of the public. They sentenced Edwards to a 12-month community order with 200 hours unpaid work.

Edwards was ordered to pay compensation totalling £640 in relation to the clear up costs incurred by both Ashfield District Council and North East Derbyshire District Council. Edwards was also given a Criminal Behaviour Order for three years which prevents him from advertising waste collection services, collecting waste unless he has a waste carriers’ licence and disposing of waste except at a designated waste and recycling centre.

Councillor Tim Brown, Ashfield District Council’s Portfolio Holder for Environment said, “This is a great result as fly tippers are a menace to the public, the environment and wildlife in Ashfield and across the country. They cost Councils thousands of pounds each year to clean up after them.

“The success of this case was down to the officers’ perseverance and persistence in their investigations which led to a successful prosecution.”