Charity match at Wrens on Saturday 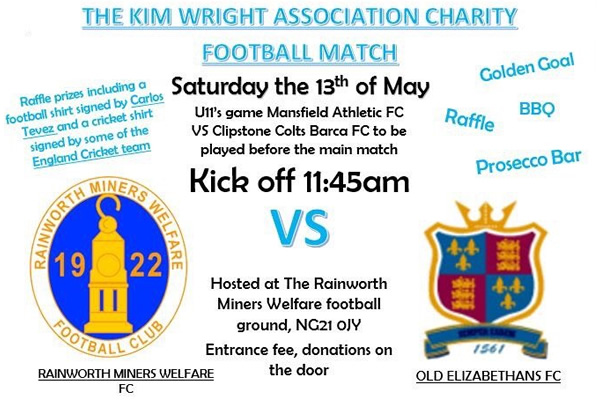 Rainworth Miners Welfare will be hosting a match between Rainworth Legends XI v Old Elizabethans XI on Saturday on behalf of The Kim Wright Association Charity.

It promises to be a festival of football between two teams who were very close to Kim, who sadly lost his battle to cancer in October last year.

There will hopefully be a carnival atmosphere at Kirklington Road when a Rainworth Legends XI, led by fans favourite Mark Hales and including a long list of former Wrens, does battle with an Old Elizabethans FC XI.

The match will be preceded by an U11’s game which will feature Kim’s son Leo.

A Wrens spokesperson said: "Kim holds a special place in the hearts of both clubs and his family have set up The Kim Wright Association Charity to help young sportsmen in the area.

"It goes without saying that everyone associated with the match will make sure it is a success and it becomes an annual event."

The first match kicks off at 11:45am at Kirklington Road.