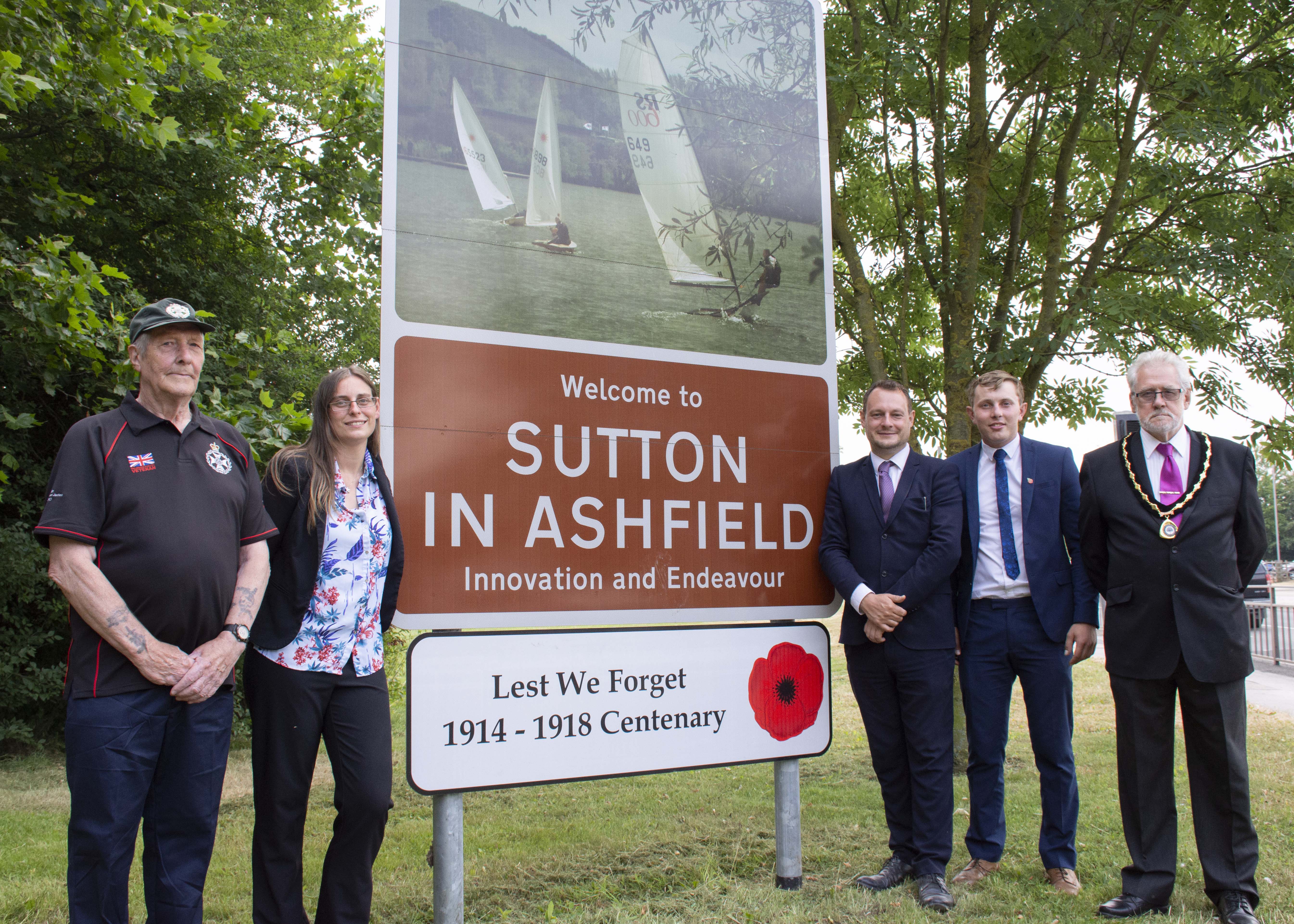 Ashfield District Council has installed signs to commemorate the centenary of the Great War on the Gateway entrances to the district.

Following the installation of poppy lights and Tommies in Kirkby, Sutton, Hucknall and Annesley, signs illustrating a poppy symbol and the words ‘Lest We Forget’ have been added to existing signposts on Ashfield’s boundaries.

As part of the year of remembrance, the Council has been holding a number of celebratory events including a recent Centenary event on Armed Forces Day at Portland Square, Sutton.

The signs have been installed in the following locations:

Leader of the Council, Councillor Jason Zadrozny said: "We're very proud to be holding a whole host of events across the district to commemorate this special year and remember those who have fought for us."

"This, along with the four poppies across the district and our four Tommy Silhouettes, is a fantastic way to mark our respect for those who gave the ultimate sacrifice for their country."

HALL & OATES
OUT OF TOUCH
16 minutes ago
Buy