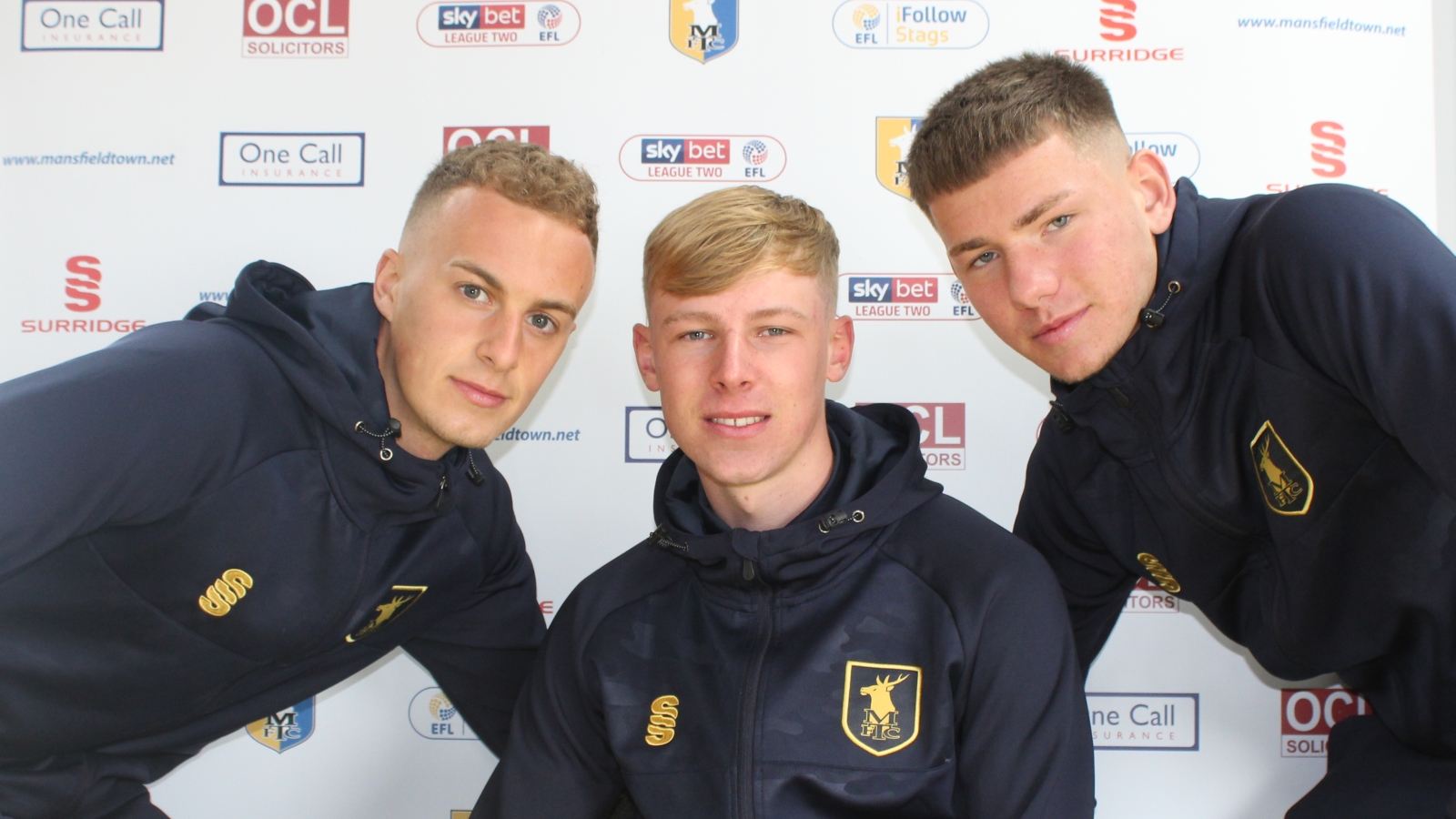 Ethan Hill, Nathan Caine and George Cooper have all signed professional contracts with the Mansfield Town.

Academy manager Richard Cooper spoke of the three players and why he believes they have earned their professional deals with the Stags.
“Ethan Hill is a very technically astute midfield player,” he began. “He is a gifted midfield player and has an eye for a pass.
“He can build the play and he’s been in and around first team training sessions already under Nigel Clough.

“Nathan Caine has an eye for goal and obviously got his chance in the Papa John’s Trophy away at Scunthorpe earlier this season.
“He has scored some important goals for the academy throughout his scholarship. He’s a forward who can hurt defences by running in behind with his clever movement.

“George Cooper has been really consistent over the course of his scholarship in terms of his
performances. He’s had that consistency at centre-back, and now he has the opportunity to go and show what he
can do as a first-year pro. Coops is a solid defender and has been a leader for us at under-18 level.”

Richard Cooper says the club’s academy staff are ‘proud’ of the trio’s achievements.“These three lads have been a real credit and have been a massive part of what we’ve tried to build in our first year as a Category 3 academy.

“They have done extremely well and we’re all proud of them. The lads now have something to build on and it’s up to them to get in front of the manager and show what they can do.”

Mansfield Town play their final game of the SkyBet League Two season on Saturday when they go to Port Vale.