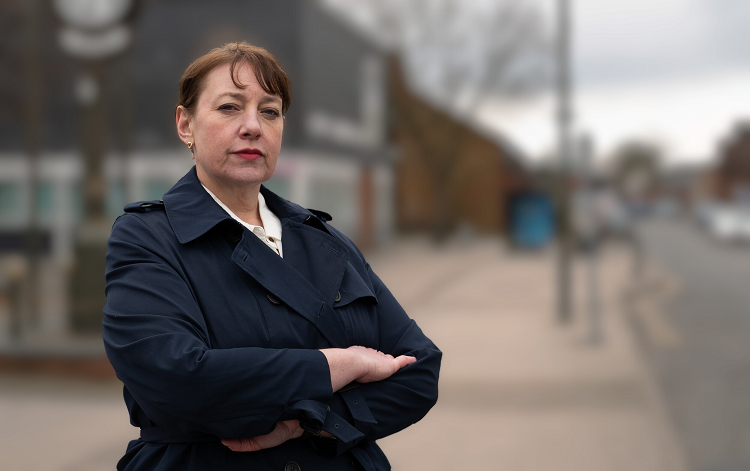 Multiagency plans are being put in motion to heighten security in Ashfield as part of a major new project to enhance the safety of females who live across the district.

Nottinghamshire Police and Crime Commissioner Caroline Henry has secured £550k from the third round of the Home Office's Safer Streets Fund to invest in new safety measures including CCTV and street lighting to reduce vulnerability and the risk of violence in the area.

A new partnership team has been put in place to manage the delivery of improvements in Sutton-in-Ashfield, which will be implemented over the next six months.

The Commissioner is working closely with Nottinghamshire Police, Ashfield District Council and Nottinghamshire County Council, drawing on a wealth of experts and resources to increase safety in the community and give local women the security improvements they have said are urgently needed.

Commissioner Henry said: "There is a real team effort to get this project underway and I am grateful for the experience and knowledge of our partners in managing and delivering these improvement works on the ground.

"Communities which work together to solve problems and support each other are stronger communities and make a huge difference to people's lives. The Safer Streets project is a fine example of how much can be achieved when agencies work collaboratively and share expertise to get the job done.

"This project will not only deter violence against women and girls but will also help to reduce fear, a goal all of us are determined to achieve."

Cllr Helen-Ann Smith, Cabinet Member for Community Safety at Ashfield District Council, said "It is important that residents feel safe within the communities they live and the announcement of this funding is fantastic.  This money will allow us to tackle ongoing issues with crime and anti-social behaviour in New Cross and the wider Sutton area.

"This is a significant amount of money and it will have a real impact on the residents of the New Cross area. The Council, as part of the Ashfield Community Safety partnership is committed to making Ashfield a safe place to live, work and visit."

The driving ambition of the third Safer Streets Fund is to reduce Violence Against Women and Girls (VAWG) and increase their feelings of safety in public spaces.

Prior to submitting the bid, the Commissioner launched an extensive survey asking women how safe they felt and what safety measures would make a difference to their confidence while using public spaces.

Meanwhile, police analysis was undertaken of the types of crime in Worksop South over the past three to four years.

In Ashfield, most women said they would like a significant increase in fixed CCTV cameras to help deter and detect crime while 68 per cent said improved street lighting would make them feel safer.

In addition, 44 per cent of respondents said cleaning up the environment would improve their feelings of safety.

As a result, the partners will fund four new fixed CCTV cameras at key locations in Ashfield while 230 street lights will be upgraded and un-adopted land will be cleaned.

Additionally, up to 10 new automatic number plate recognition (ANPR) cameras will be installed to detect those who use vehicles to commit crime in and close to the town centre and high visibility patrols will be employed in areas where feelings of unsafety are highest.

Record Number Of Snorers In Mansfield

SAVAGE GARDEN
TO THE MOON AND BACK
49 minutes ago
Buy

PINK
ANYWHERE AWAY FROM HERE feat PINK
58 minutes ago
Buy