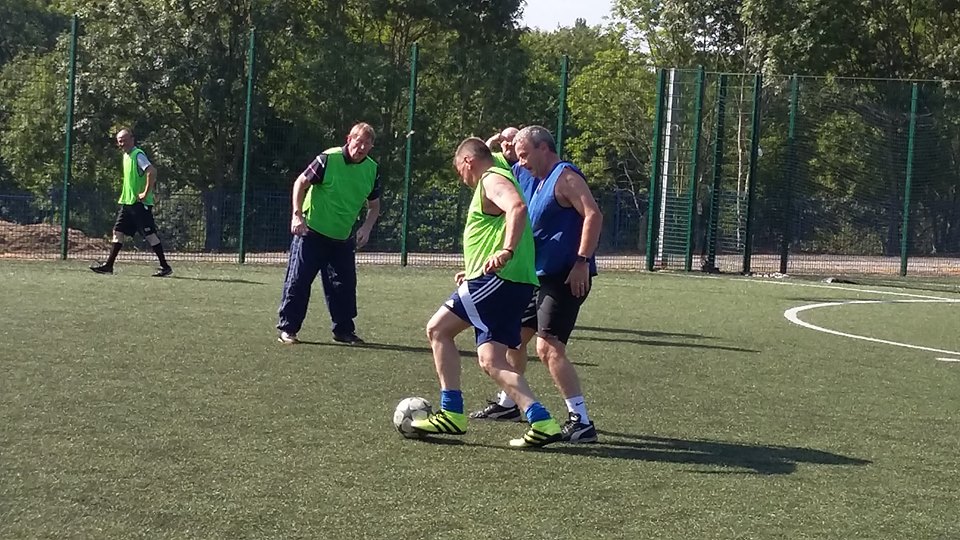 Mansfield Town football in the Community are proud to help tackle mental health issues such as loneliness, isolation and depression through various community programs.

Mental Health is such a broad spectrum and can affect anyone at any age, Football in the Community therefor prides itself on being as inclusive as possible to make a difference to a person’s health and wellbeing, mentally as well as physically.

The emotional wellbeing of children is just as important as their physical health, as good mental health allows children and young people to develop the resilience to cope with whatever life throws at them and grow into well-rounded, healthy adults, this can start with something as simple as making friends and feeling included in activities, irrespective of ability.

At Mansfield Town football in the Community we work with a high percentage of the areas schools, especially at Primary level through the Premier League Primary Stars initiative, which Duncan White, the head teacher of Forest Town’s Holly Primary School, believes in fundamental in encouraging children to form friendships.

“Football in the community provides the kids with a high quality activity which engages them in their learning, it gives them a sense of belonging and enables them to join in an activity together.

“The activities give the children the confidence and skills to speak out and seek assistance if required, the [Football in the Community] staff are sensitive to our needs and the children’s needs, the different approach gives the kids confidence to engage in conversation which can sometimes be the toughest step for a child who is suffering.”

Recently Mansfield Town football in the Community have launched a Dementia group, aiming at tackling isolation and loneliness, which has seen the clubs oldest living player Walter Edwards become a regular attendee.

Mr Edwards has dementia and now lives in a care home, however every Friday granddaughter Gemma Starbuck brings Walter back to the community rooms at the One Call Stadium, outings she believes have helped put a glint back into the eye of the former Stags winger.

“It’s amazing, I’ve taken Walt along with his old photos and programs and it’s just stimulated something as, despite the changes to the stadium over the years since his playing days, he’s aware that he has been to the Stags.

“It’s got the whole family talking again and it’s made us realise that there is that that little spark there for him. He’s gone quite mute over the last year as his dementia has progressed so for us, to see him become more animated has really touched us.

“Having groups such as the dementia group and other schemes gives you an open mind, attending can really show that you’re not alone, being able to get out and speak to someone in such a warm environment is invaluable, especially for people who think that nobody understands what they’re going through.”

The Football in the Community project also focuses on a range of projects including disability sport, girls football and walking football, with our regular Walking Football program providing a regular platform for participants, many of whom are retired, to get out of the house and socialise.

Rich Bradley is one of those participants and said “When you’re at work you don’t get time to do a lot of stuff socially but when you retire it’s the complete opposite, walking football is a great way to get out and I really enjoy it.

“It gives us something to focus on and it’s certainly helped me personally to make a lot of new friends and achieve things that I never thought possible such as playing with one of my heroes in Kevin Bird.

“The camaraderie is really enjoyable, we’re all friends, we all take the micky out of each other and have a laugh – I think you miss that sometimes when you step away from that sort of environment.”