Sunshine lights up A38 in East Midlands 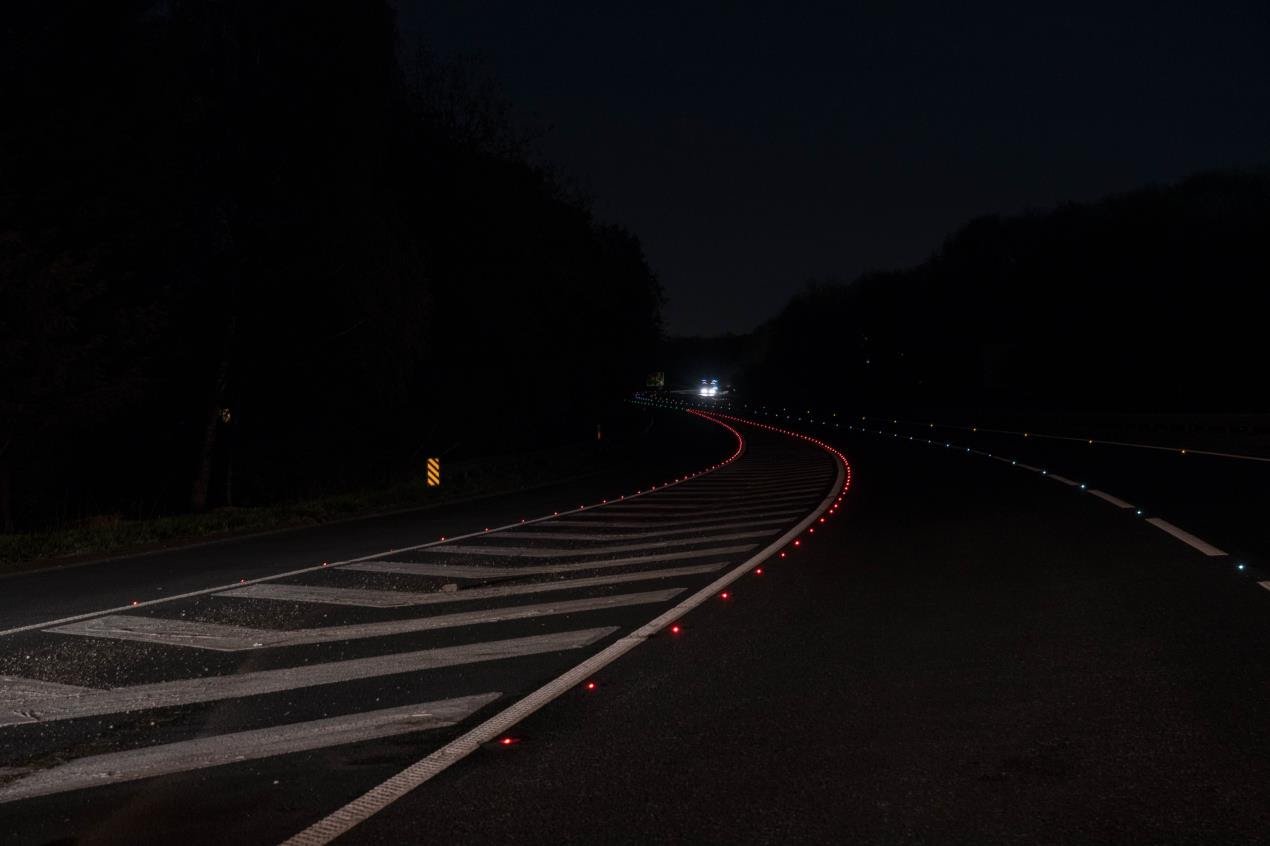 Sunshine lights up A38 in East Midlands

As England basks in a heatwave, the power of the sun is helping light the way for motorists in the East Midlands.

Highways England has installed more than 4,500 innovative solar road studs that harness sunlight in the daytime and light up the road at night, helping drivers stay safe.

The beauty of these road studs is that they are also effective in heavy rain, mist or fog and a four-hour charge from daylight can power the devices for over 200 hours.

The studs have been introduced as part of £8.5 million worth of improvements to journeys along the A38 between Ripley and junction 28 of the M1 near Mansfield – a stretch that is used by more than 23,000 vehicles every day.

The improvements also include high visibility lane markings that make it easier for drivers at night or in adverse weather conditions, and coloured high friction surface that reduces the risk of skidding.

Highways England project manager, Matthew Carruthers, said: “We’re always looking for new ways to further improve journeys and safety for drivers and this is a great example of that.

“This section of carriageway has no streetlighting so the solar road studs and improved lane markings make a real difference.

“At the same time the new technology is more durable, meaning less disruption for motorists in the long term thanks to fewer roadworks.”

Standard road studs require car headlights to illuminate their reflective surface – typically this means that the headlights can be seen up to 90 metres away, giving drivers travelling at 60mph around three seconds to react to conditions on the road.

The new road studs are powered by solar energy, with a panel absorbing power during the day. Throughout the night they generate their own light through a battery powered LED and can be seen up to 900 metres away, giving drivers travelling at 60mph more than 30 seconds to react.

The new studs are also more durable, lasting up to five years longer than standard studs, require less maintenance during their lifetime and at only 4mm in height means are safer for motorcycles.

THE FEELING
LOVE IT WHEN YOU CALL
7 minutes ago
Buy