A wanted man was hunted down by highly-trained officers after he failed to stop in Sutton and led police on a chase.

Officers’ intuition and skills are put to the test in tonight’s episode of Police Interceptors, which follows Police Constables Phil Broughton and John Skelton as they are on a routine patrol around Sutton-in-Ashfield.

As they were travelling along Mansfield Road on Wednesday 18 August 2021, they spotted a Ford Focus and received intelligence that one of the car’s users could be a man who was wanted for an assault in the area.

Police followed the car to Rosemary Street in Mansfield where the driver, later found to be Ryan Straw, became spooked and sped away from officers.

Turning suddenly into Chesterfield Road South, officers kept sight of the car from a distance as it made its way into West Bank Avenue, reaching speeds of 50mph in a 30mph speed limit and blindly overtaking other cars.

Whilst trying to get away from police, Straw narrowly missed another car which was pulling out of the junction as he attempted to flee.

Coming to a halt in Misterton Court, Mansfield, Straw decided to switch four wheels for two feet and ran away from officers on foot and into the nearby estate.

Multiple units and the police drone were deployed to hunt him down.

Despite initially evading officers, officers descended on Straw’s Mansfield home just over a week later, and brought him into police custody.  The 30-year-old, formally of Muskham Court, Mansfield, appeared at Nottingham Magistrates' Court on 10 November 2021 charged with assault and criminal damage.

He was sentenced to 12 weeks in prison, ordered to pay £128 compensation and handed a two-year restraining order, having pleaded guilty to all the charges.

He later also appeared at Nottingham Crown Court on 31 January 2022 having pleaded guilty to dangerous driving, failing to stop for police, driving without a licence and driving without insurance.

He was further sentenced to six months in prison, disqualified for 18 months and ordered to pay a victim surcharge of £128.

Recalling the incident, PC Broughton said: “Our duty as officers is to keep the public safe, so when we got information that we were following a car which potentially had a wanted man inside, we immediately assessed the situation and looked at what we could do to stop the car and make enquiries.

“As we were keeping track of the car and following him, we noticed that Straw began to keep plenty of space ahead of him when he stopped at junctions and was regularly looking in his mirrors. In our experience this usually means they’re nervous or making sure they can break away if needed.

“As we noticed this, we began to set the wheels in motion for a tactical stop with a stinger to try and bring him to a halt before it got to the stage of a high-speed pursuit. However, before we were able to do this, he got spooked and he put his foot down.

“Despite tracking and keeping up with him as effectively and safely as possible, he did evade police that evening. However, thanks to the efforts of officers on foot, the police drone and intelligence, we were able to acquire valuable evidence and he was brought into custody. He was sent before the courts for both offences not long after.

“This just shows that even if criminals are able to evade officers in the first instance, the dedication and skill of our teams mixed with the technology, intelligence and capabilities that we have means that it won’t be long before they will be hunted down.”

Council Tax To Increase In Mansfield Due To COVID-19 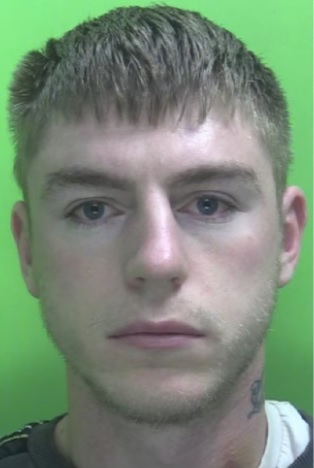 Man Who Doused Victims With Petrol In Mansfield Locked Up

ONE DIRECTION
HISTORY
11 minutes ago
Buy

WHAM!
WAKE ME UP BEFORE YOU GO-GO
15 minutes ago
Buy