Youngsters on Kings Mill Hospital’s Children’s Ward will be enjoying a special play-time today, after Mansfield 103.2 this morning made a special delivery to the ward.

Over £2,000 worth of toys for all ages were delivered as part of our Toy Appeal, which raised a phenomenal £3018.35 in December last year, thanks to generation’s donations with commercial partners Pentagon Mansfield Vauxhall.

This morning Holly Fensham from Pentagon and Mansfield 103.2’s Paul Chadbourne [Sales] & Craig Priest [News] delivered a van load of toys to the ward which, once unboxed, will be played with by a number of children from years to come.

Julia Smith, a children’s play specialist on the ward, said “The children will be happy not only for the next six months, but for years to come because a lot of the toys we have ordered this year are toys that can be reused, they’re wipe-able, they’re not just a one person use, they’ll be used for one or two years – and hopefully for even six or seven years”

“I hope they [the kids] will be as excited as we [the staff] all are because bringing toys into hospital and going around every morning which we do, it just brings some normality to what can be a stressful situation.”

Throughout last December, Pentagon Vauxhall Mansfield helped raised the funds which have now been transformed into a range of toys, and Holly Fensham, the groups franchise support manager, commented “It’s going to be great for the children across the next few months – it was a real honour to be the main sponsor for the Toy Appeal which has got bigger and bigger every year which is great for the children to know that there’s a lot of toys coming their way! It’s very humbling and nice to know we’re making a difference to the community”

Mansfield 103.2s Sales Director Peter Topley added “It’s an absolutely great feeling to see them [the toys] go out, be loaded into the van and finally get to the hospital – thank you to our advertisers, our supporters and our listeners without them supporting our annual Kings Mill Toy Appeal, it wouldn’t happen.”

“The quality of toy’s that have gone up [to the hospital] today amaze me, they’re beautiful and quality toys which are going to last for years – it’s great to think that the kids that have to spend time in that hospital are going to have something great to play with.” 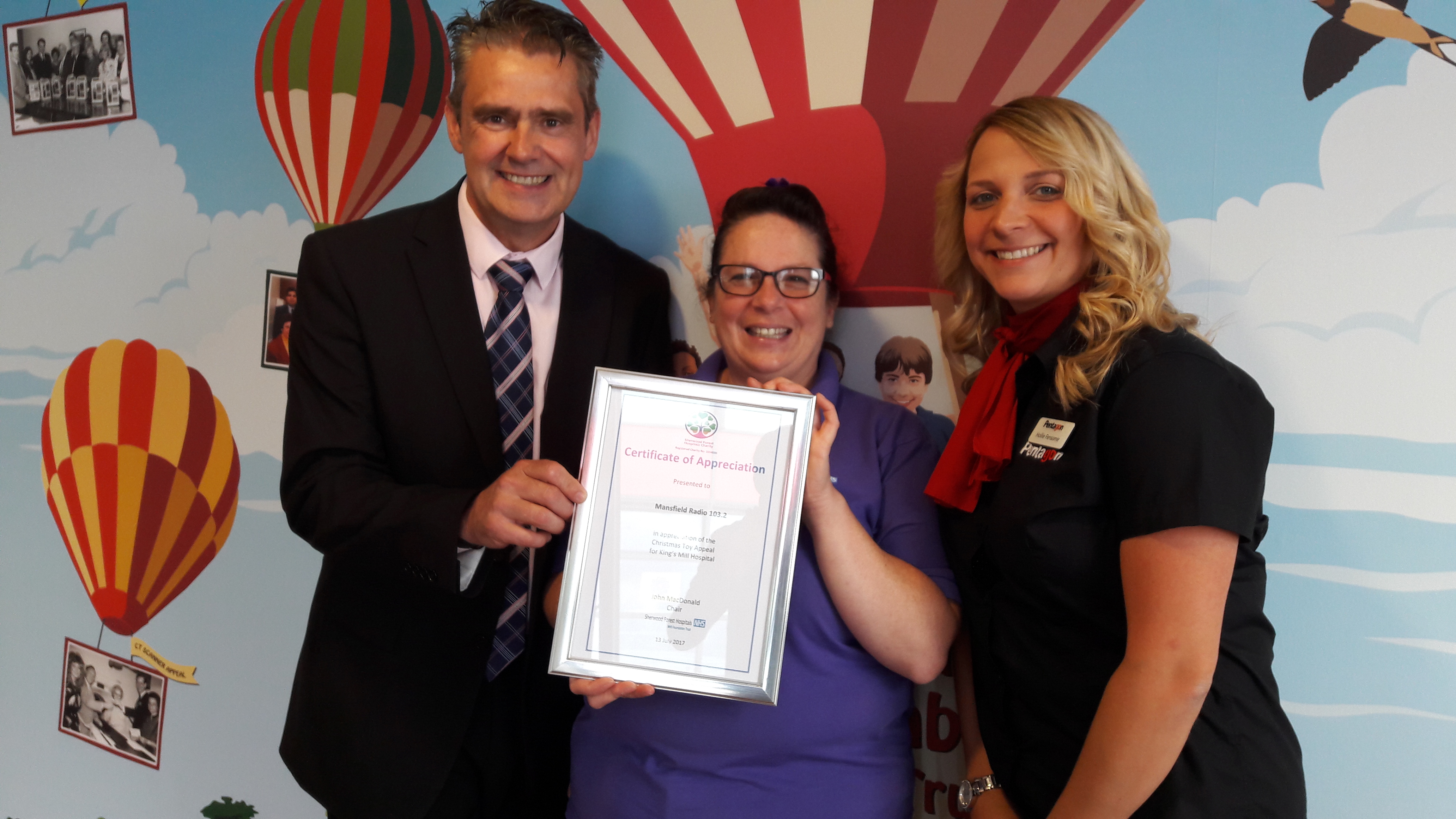 [Above] Mansfield 103.2s Paul Chadbourne is presented with a certificate of appriciation by Kings Mill Hospital Play Specialist Julia Smith and Pentagon Vauxhall's Holly Fensham, [Below] Just one of many boxes packed with toys delivered to the ward - [Main Image] Paul Chadbourne, Craig Priest, Julia Smith and Holly Fensham are joined by Kings Mill Children's Ward Nurses and a mountain of toys 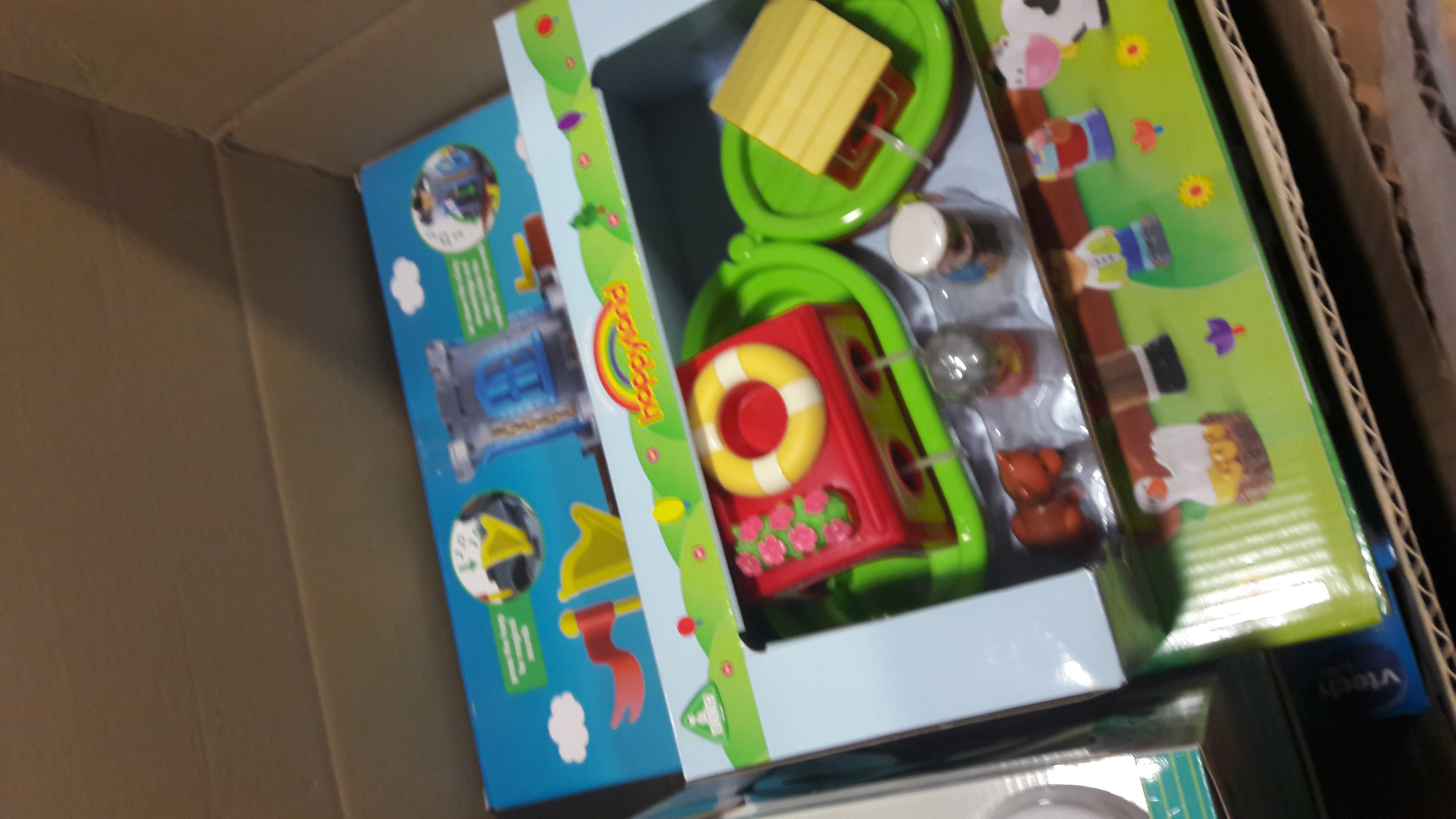 ADELE
MAKE YOU FEEL MY LOVE
8 minutes ago
Buy

BOYZONE
PICTURE OF YOU
14 minutes ago
Buy

THE SCRIPT
THE LAST TIME
25 minutes ago
Buy