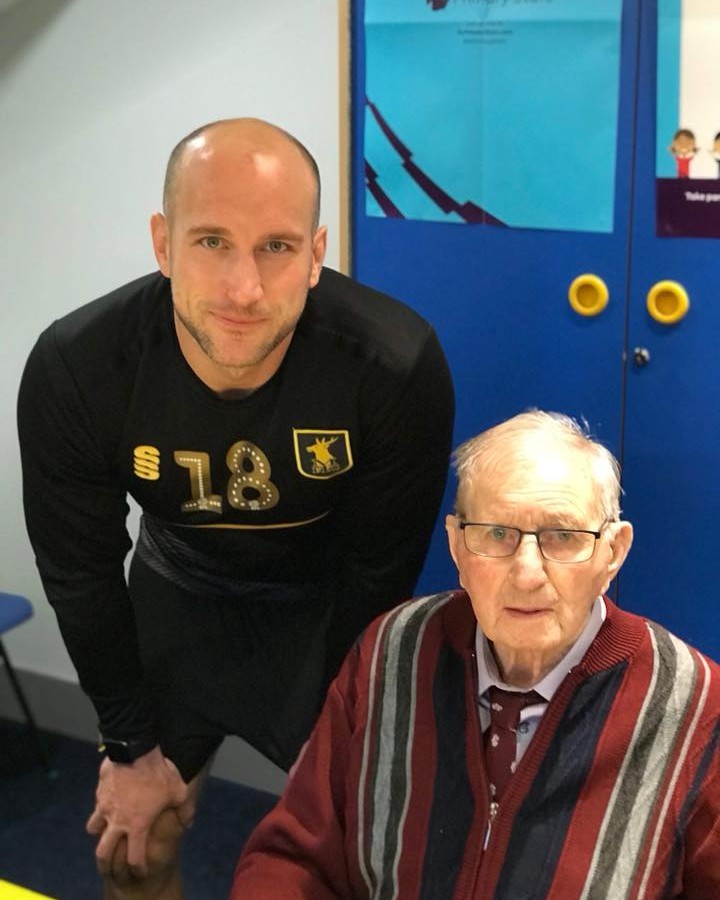 Mansfield Town Football in the Community were saddened to hear of the passing of the clubs oldest living player Walter Edwards, earlier today.

Mr Edwards, aged 94, was born and bred in Mansfield Woodhouse and signed for the club as an amateur in August 1947, turning pro three months later, going on to score five goals in twenty-five matches for the Stags before joining Leeds United.

The 94 year old who had been living with Dementia, served in the Army and also had spells with Leeds United, Leicester City and Rochdale before finishing his playing career Boston United.

Mr Edwards had a huge affection for the Stags and recently returned to the club as a regular attendee of Football in the Community’s weekly Dementia Group, recalling his playing career and sharing photographs and memorabilia with fellow attendees.

Speaking after hearing the news earlier today, head of Community Mark Hemingray said “it’s a very sad day, it’s heart breaking really. First and foremost all at Football in the Community send our condolences to Walt’s family, especially his Grand-Daughter Gemma who was proactive in bringing Walt back to the club recently.

“We have known Walt for years, he was a huge part of the early days of Football in the Community, assisting with the Saturday morning clubs by coaching and helping to organise session – he was well respected and loved by everyone.

“Walt was a war veteran and believed in the unity of football. On a personal level I will never forget the stories he would share about both his playing days and army days – I’ll always remember getting the opportunity to shake him by the hand, look him in the eye and say thank-you for everything.

“Today the world has lost a true gentleman and the family have lost a loving father and grandfather, he’ll be sorely missed.”

Mansfield Town Football in the Community and Mansfield 103.2 send their condolences to Mr Edwards Family.