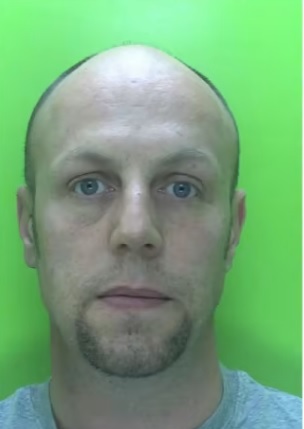 Sarel Van Der Merwe, of Carter Lane, Mansfield, was exposed when his victim told a teacher what had been happening.

Following a thorough investigation by officers, he pleaded guilty to seven counts of assaulting a girl and two counts of causing, inciting a child to engage in sexual activity.

Appearing at Nottingham Crown Court on Wednesday 27 April, he was jailed for four years and eight months.

He was also placed on the sexual offenders’ register indefinitely.

Van Der Merwe, aged 41, was also ordered to abide by a sexual harm prevention order for 10 years, which will restrict his behaviour when he is released from prison.

Detective Constable Kate Waters, of Nottinghamshire Police, said: “Van Der Merwe has now been jailed for his crimes and I hope it brings some closure both for the victim, who showed a huge amount of courage in coming forward to report what had been happening to her, and for her family, who have also been impacted by his offending.

“I hope this case serves as a reminder to other victims of sexual assault that even if incidents happened some time ago, if you speak to us and report it, we will listen to you and carry out a full investigation to do everything we can to bring those responsible to justice.

“We would urge anyone with any concerns to speak to an officer, or call 101, to have a chat and report any incidents of sexual abuse.”

Man Arrested On Suspicion Of Seven Offences Including Sexual Assault