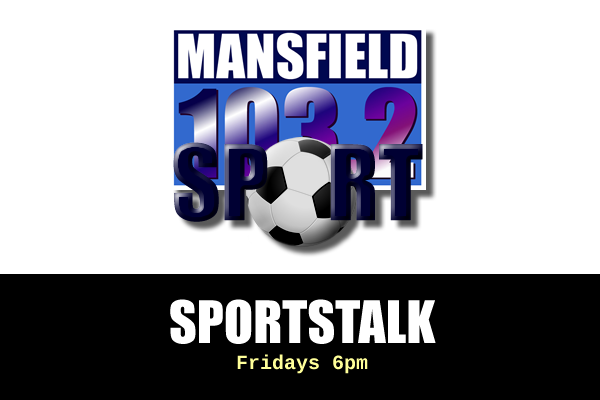 In this week's show, we look ahead to Mansfield Town's big local derby at Notts County with midfielder Jamie McGuire and Steve Evans whilst we look back to the Stags' 2-0 midweek win in the Checkatrade Trophy against Oldham Athletic with matchwinner Patrick Hoban.

There is also a preview of Nottingham Forest's Championship clash at Birmingham and, in non-league, we focus on Clipstone who started the week by tendering the resignation from the NCEL but, after an overwhelming response from people across the area, they are now able to continue as a club.

And, in ice hockey, it's a big weekend for Nottingham Panthers as they look to become the first British winners of the Continental Cup.

All that and more in the January 13th edition of Sportstalk which you can listen to below.