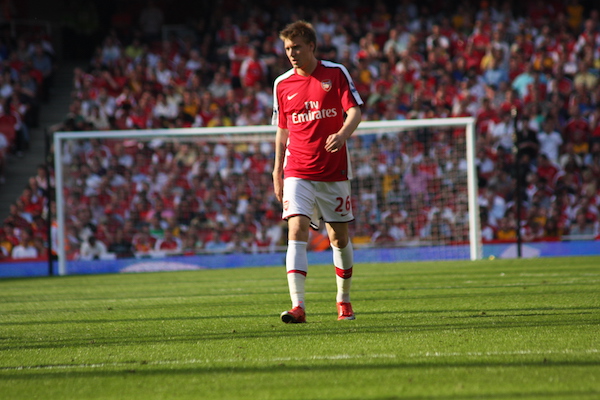 Nottingham Forest have announced the signing of Former Arsenal and Juventus frontman Niklas Bendtner on a 2-year-deal.

The Danish international joins the reds after being released by German side Wolfsburg following several disciplinary issues.

However Bendtner says he’s ready to move on, and is excited to be back in  England:

“What happened yesterday is history. We can only change what happens today and what’s going to happen tomorrow.”

“It doesn’t matter where you have played or what you have done, the only thing that matters is on the Saturday.”

Former Nottingham Forest and Mansfield Town midfielder Craig Armstrong thinks Bendner could be a good acquisition for the club:

“He’s got a good track record. Obviously he got a lot of criticism at Arsenal and other places but he comes with a wealth of experience.”

“If he scores goals, and masks over the Ollie Burke sale, he could be a fantastic signing.”

Bendner’s first game in a Nottingham Forest could be in front of the television cameras as they face Aston Villa in the EFL championship on Sunday.

He could also be soon to face his old club Arsenal, who Forest have drawn in the EFL cup. That tie will take place on Tuesday 20th September.