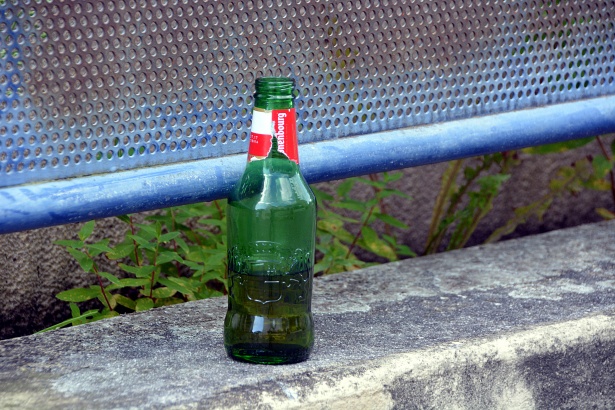 Off-licences are being warned of the consequences of selling alcohol to underage drinkers after a number of retailers in Newark and Sherwood failed to “Challenge 25” as part of district council compliancy testing.

Shops were visited to see if they checked customers’ age ID as set out under the Challenge 25 strategy which aims to stop alcohol being sold to under-18s.

The exercise was part of a series of actions being taken as part of the Community Alcohol Partnership (CAP) which was launched in Ollerton, Boughton and Edwinstowe in October 2018 to address alcohol-related issues among young people and as part of Newark and Sherwood District Council’s Cleaner, Safer and Greener campaign.

The premises which failed the tests have been warned that selling alcohol to someone under-18 could result in fixed penalty fines, prosecution and loss of their licence to sell alcohol.

Since October, the district council’s licensing team has undertaken a series of ‘Challenge 25’ compliancy testing among retailers in the CAP area to ensure that anyone who looks under the age of 25 is asked for identification.

District council licensing staff and local police have since given retailers in the area, including those that failed the compliancy test, support and training including safeguarding, conflict resolution, identifying fake identification and how to make a challenge. In addition, licensing staff at the Asda store in Ollerton are setting up training workshops on licensing issues for smaller retailers to attend to reduce incidents of underage sales across the CAP area.

Councillor Keith Girling, deputy leader of Newark and Sherwood District Council, said: “There is growing concern among both residents and retailers about the levels of underage drinking in Ollerton, Boughton and Edwinstowe and indeed, other parts of the district.

“One of the main steps is minimising underage sales of alcohol. We will continue to work closely with retailers to ensure that the ‘Challenge 25’ strategy is widely adopted to stop alcohol falling into the hands of underage drinkers in the first place.

“Since the launch of the scheme, a wide range of activities and initiatives have taken place across the area with more planned. We are proud to work alongside local schools and Nottinghamshire County Council’s youth service to deliver educational school assemblies around the impacts of underage drinking but also provide new diversionary youth activities and in turn, create a better and safer community.”

Residents from Ollerton, Boughton and Edwinstowe are also being encouraged to complete the Community Alcohol Partnership baseline resident survey about their views on alcohol-related issues in the area. Statistics are being gathered to identify particular areas of concern to allow progress to be assessed in the future. The survey can be completed here: www.surveymonkey.co.uk/r/YGDJVKH

The scheme is a partnership made up of retailers, local authorities, police, schools, neighbourhood groups and health providers to raise awareness of the risks around underage drinking, including anti-social behaviour, as well as the legalities attached to proxy buying (adults buying alcohol on behalf of under-18s).

From February, young people will learn first-hand the effects of alcohol consumption without drinking a drop through the use of ‘beer goggles’ in Nottinghamshire County Council’s youth activities, which simulate the effects of being under the influence of alcohol. A small funding bid has enabled the youth service to purchase the goggles to demonstrate to young people how alcohol can affect judgement, coordination and reaction time.

School assemblies at the Dukeries Academy in Ollerton will be taking place to promote the work of the scheme and to deliver messages to young people around public health, licensing and community safety.

Diversionary activities are also being set up to create new opportunities for young people. Active4Today, Nottingham Forest Community Trust, Active Notts and the Nottinghamshire youth service are among the partners involved in creating sport, physical activity and art based activities for young people to engage with and to help deter them from taking part in alcohol-related activity.

Activities are anticipated to be launched during the Easter school holidays with at least one activity planned to take place every week thereafter. A full timetable of diversionary activities will be published on the Newark and Sherwood District Council website once confirmed.

In addition, joint partnership patrols will also be taking place in January with the police, youth service and district council’s community safety to speak to young people and promote the scheme’s activities.