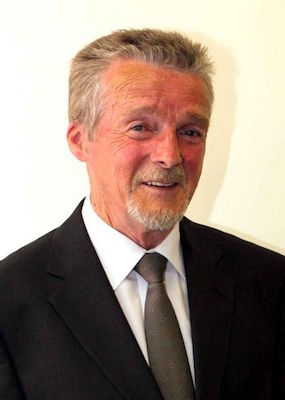 Tributes have been paid to Mansfield District Councillor Peter Crawford who passed away on September 13 after a short battle with cancer.

Cllr Crawford had been a member of Mansfield District Council since 2007. He represented the Birklands ward until boundary changes in 2011 when he moved to being member for the Warsop Carrs ward. He also served on Warsop Parish Council.
Executive Mayor of Mansfield Kate Allsop said: "Peter Crawford was an excellent councillor with a great sense of humour. He was challenging in his role, very diligent and he read all his papers, and more importantly he understood them.
"Peter was someone whose judgement I trusted. He was always courteous and respectful; he knew what a great honour it was to be an Elected Member of the council.
Labour leader Councillor Sonya Ward said: "Peter was the model of what a hard-working councillor should be.
"He was committed to ensuring the best for his ward residents, and the people of Mansfield and district.
"He was cheerful, determined and persistent, with a dry sense of humour, and was always happy to support other councillors, especially when it came to issues around finance and budgets.

"Even when very poorly, he was still conducting council work from his hospital bed, which is a measure of how dedicated he was to serving the community.
"We will miss Peter very much. He was a valued part of the Labour team at Mansfield District Council and an asset to both his community and the council."

What will we name after Ollie Hynd now?

Share Of More Than £16million Allocated To Notts Initiative

PINK
ANYWHERE AWAY FROM HERE feat PINK
18 minutes ago
Buy