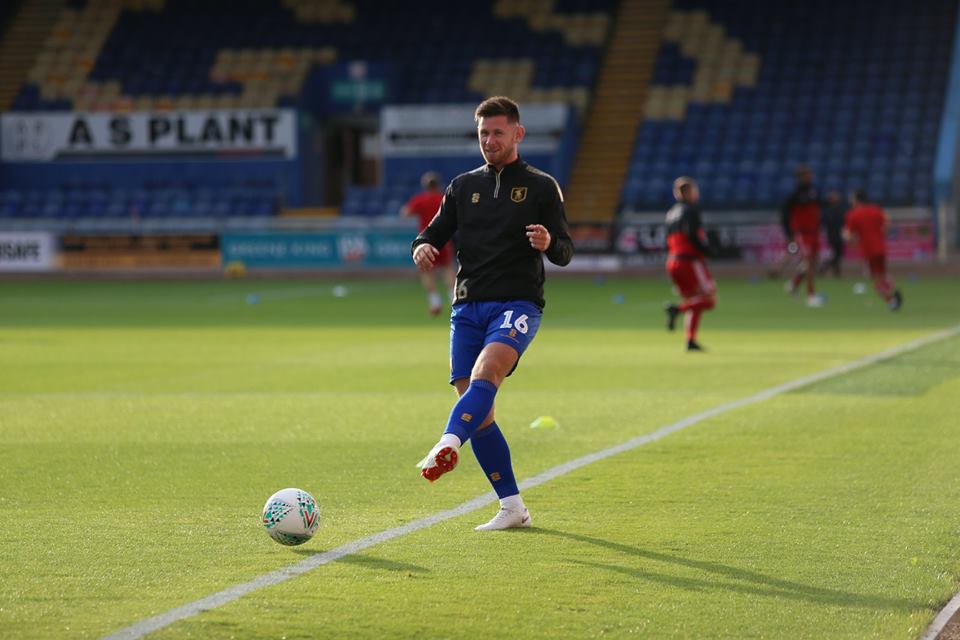 Mansfield Town midfielder Calum Butcher has been taken OFF of the Transfer List, assistant manager Ben Futcher has confirmed this morning.

The midfielder arrived last August from Milwall but failed to really hit the ground running, spending the latter end of last season on loan at Billericky Town in order to be closer to his family.

He was then transfer listed and becomes the second player taken off the list, following his impressive display against League One Accrington Stanley in midweek, where he contributed by winning a penalty, assisting Otis Khan’s goal and setting up the chance for Tyler Walker, who then won a penalty which initially levelled the game.

Assistant boss Ben Futcher said “Calum has come off the transfer list, he’s definitely part of what we’re doing. I think it was always a difficult one for Butch, he really didn’t enjoy it last season here and he was keen to leave in the summer after what happened.

“He’s come back, he’s got his head down and he’s worked quite close with the manager – he’s been fantastic in training and whenever he’s come in he’s done great. He’s really enjoying his football now and I think you saw that the other night. A Calum Butcher who is fit, firing and enjoying his football is definitely a great addition to a league two squad or team.