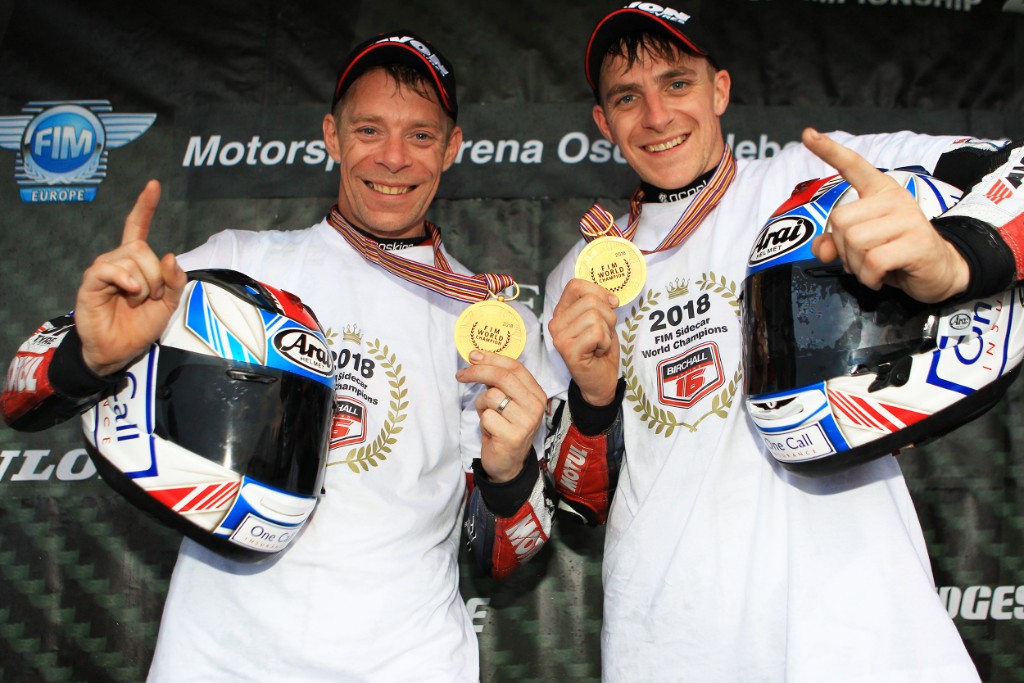 There are plans to hold an event in Mansfield to celebrate the Birchall brothers’ latest record-breaking sidecar racing success.

Brothers Ben and Tom Birchall won the Locate.im Sidecar Race Two at the 2019 Isle of Man TT Races last month. The result not only secured the local brothers as overall sidecar champions once again but brought their total number of TT wins to 10.

Cllr Ben Birchall, who was elected as district councillor for Kings Walk in May's local elections, was congratulated by Executive Mayor Andy Abrahams when they met on Monday 15 July to discuss ways to mark the pair's continued success.

The brothers already hold the town’s highest honour, the Freedom of the district, which was awarded in 2009 after they won their first World Championship title. In 2017 the pair’s world-class achievements in sidecar racing were honoured at a civic event.

Mayor Andy Abrahams said: “As world-class sportsmen the Birchall brothers continue to be fantastic ambassadors for both sport and Mansfield. We're incredibly proud of all they've achieved and wish them further success in the future.

“It takes a tremendous amount of hard work and dedication to get to the top, but it takes even more to stay there.

“I'm passionate about all kinds of sport and the council is committed to helping to improve the physical and mental wellbeing of our residents. I hope younger generations will be inspired by Ben and Tom and see what is possible if you work hard and believe in yourself.

"We are looking at ways of celebrating their fantastic achievements by holding an event in the town centre in conjunction with Mansfield Museum and we want to use it to inspire our young people to reach the highest goals.”

Cllr Birchall said: "It is an honour to be successful at what we are passionate about. We are proud to bring our success back to Mansfield. I hope that we can share our skills and experience to influence the youngsters in Mansfield and show what you can achieve with grit and determination."

Ben and Tom are busy preparing for their next race - World Championship Round Three in Germany at the weekend.