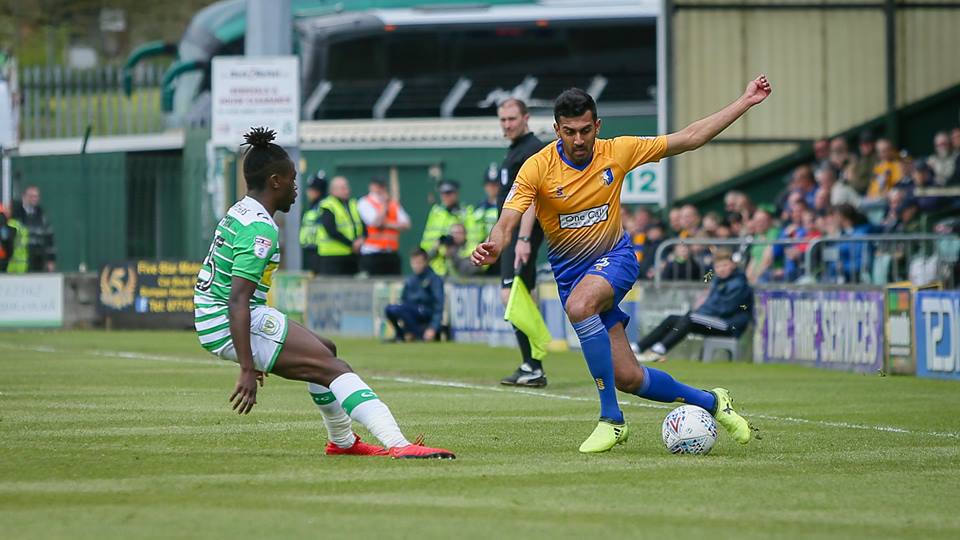 Benning, the clubs joint longest serving player, has moved from left-back to left wing-back as part of the change of system, with boss Flitcroft switching from 4-4-2 to 3-4-1-2/3-5-2 since pre-season.

“Wing-back is a role that I like. I’ve been enjoying it out there. Everyone knows that I like attacking from left-back and you do get that freedom. You’re further up the pitch and have to adapt your game.” Said the 24 year old.

“It’s one of those where if I am caught up the pitch I have Pearce or Sweeney on the left down there to back me up.

“Since the gaffer has come in with his fitness regime, I feel much fitter this year. I’m feeling much fitter and sharper. At left wing-back you do need to put a shift in and I’m putting much more of a shift in now.

“It [increased fitness] is very important at wing-back. You have to be attacking and defending, so you have to put a shift in out there.”

He added ““We’ll take that [unbeaten start] from pre-season as well. We played against some decent teams and we’re unbeaten against them as well so it’s a good stat to have and we want to keep it up.

“We’re all frustrated not to have picked up two wins in the last two games, but we’re unbeaten and that’s a great stat to have.

“We’re in a decent stage in the table so it’s one of those where if you get a couple more points we’re right up there.”