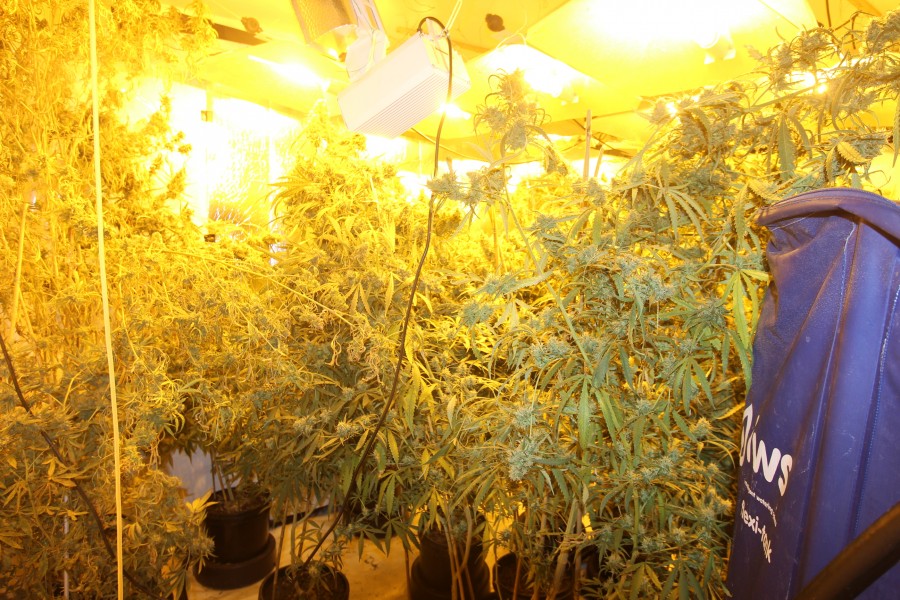 Officers have arrested two people after recovering 575 cannabis plants worth up to £475,000.

A 64-year-old man and a 60-year-old woman are being questioned on suspicion of production of cannabis after the force carried out a warrant in Belleville Drive, Bestwood Park, Tuesday 12 February as part of Operation Reacher, an ongoing drive to tackle drugs in our communities.

Some of the plants were up to two-metres tall, while some were smaller. If the plants had been able to grow to full maturity they estimate they would have been worth a street value of up to £475,000.

Western Power Distribution also had to be called because the electricity was bypassed, causing a danger of fire in the semi-detached house.

If you suspect anyone of producing cannabis or dealing drugs near you, please let Notts Police know by calling 101, or Crimestoppers anonymously on 0800 555 111.