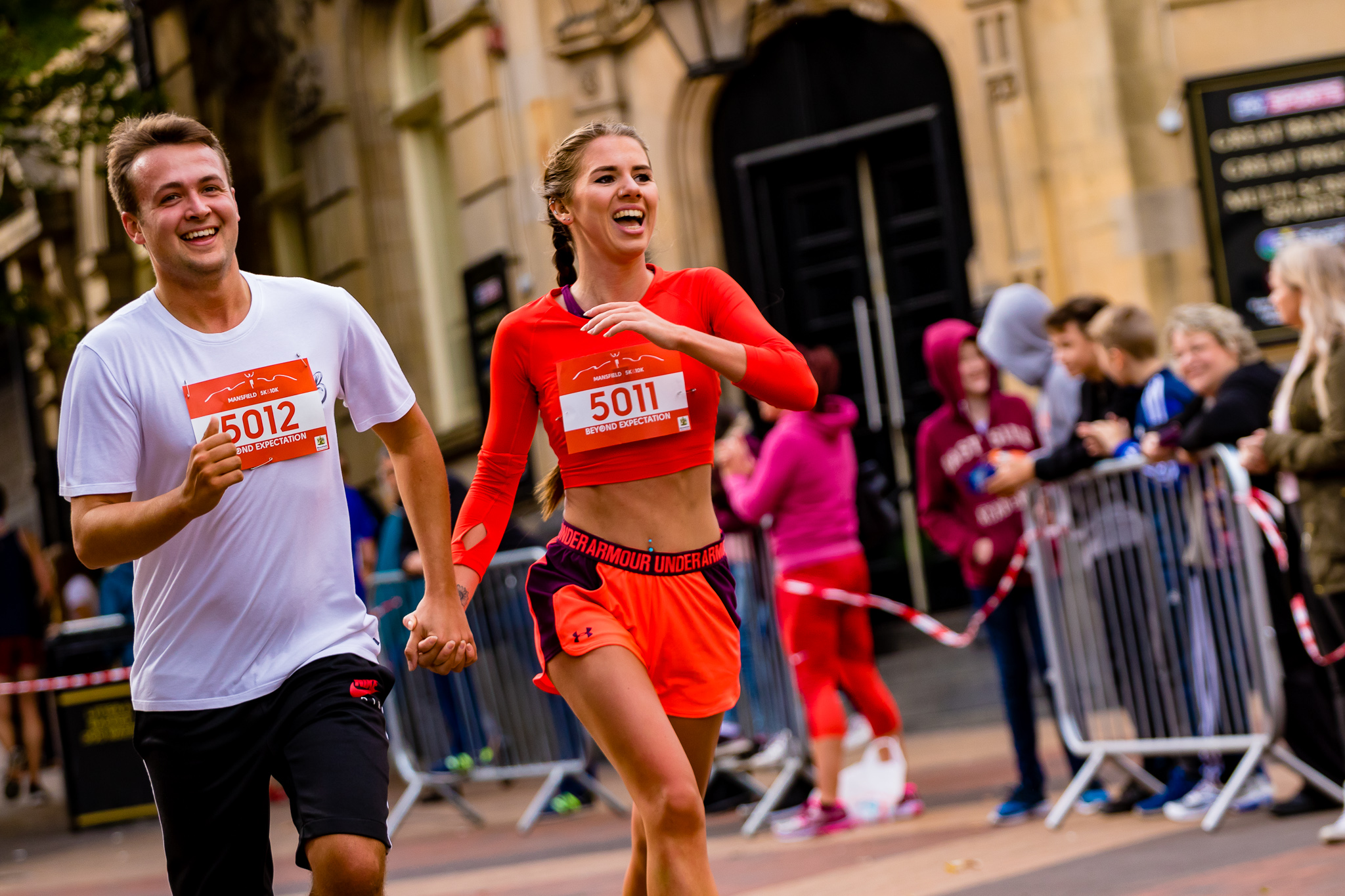 This year’s Mansfield 5k & 10k event which took place on Sunday was a huge success with over 900 runners signing up.

Records on the results base website show the winner of the Mansfield 10k as Gareth Lowe, from Clowne Road Runners, as the fastest male with a finish time of 34 minutes. Natalie Yates was the fastest female with a finish time of 38 minutes 34 seconds. In second place was Stuart King for the males and Ellen Mcleod for the females. Third place was won by Richard Robinson and Mollie Scott.

Winners for the Mansfield 5k were Luke Duffy with a time of 16.07 in first place, with Samuel Moakes in second and Stuart King in third for the men.

First place 5k female went to Amber Scott with a time of 18.55, with Freja Strom in second and Kahli Johnson taking third place for the females.

Supporters filled the Market Square and lined the street creating a great atmosphere in the town.

Runners off all abilities took part in both races, which for the first time set off at separate times, with the 10k finishing first followed by the 5k.

Bannatyne Gym offered free massages to runners on the day and Scouts from Fourth Mansfield Woodhouse, Fifth Mansfield Sea Scouts and Larch Farm Scouts did a brilliant job handing out water and medals to finishers as well as offering words of support to runners crossing the finish line.

Volunteers from Reach Learning Disability and Notts Women’s runners marshalled the routes and encouraged the runners along the way. The 10 Green Bottles café, kindly offered refreshments to Reach volunteers. Staff from events company Perfect Motion did a fantastic and professional job supporting Reach to put on this year’s event.